We have, again, come down to this—food. But no worries because it’s your favorite—everyone’s favorite—pizza. When we just got out from a tedious day at work and wanna grab the most bountiful dinner there is, we go for pizza and the extra-large one. But if you think that’s being greedy already, think again, because this pizza from Texas is big enough to cover the original color of your pupil. The Dirt Road Cookers, known as the mobile wood-fired pizza service from South Texas, breaks a whole record with the largest commercially available pizza. The pizza measures 92.5 inches wide and 50 square feet in total. And it took not one, neither three, but eight chefs to cook it.

Two hours was spent to finish the pizza to make sure it was big enough to feed a hundred people. The chefs was assisted by an oven that was especially made for the pizza, which was designed for over a year and was constructed for another year. When they tried to set the world record, the chefs, headed by owner Kurt Oefinger, made the pizza in the Guinness World Record museum. The team started at 10:00 a.m. and finished at 11:45 a.m. Oefinger said he tried to make it once by himself, and it took him two-and-a-half hours. 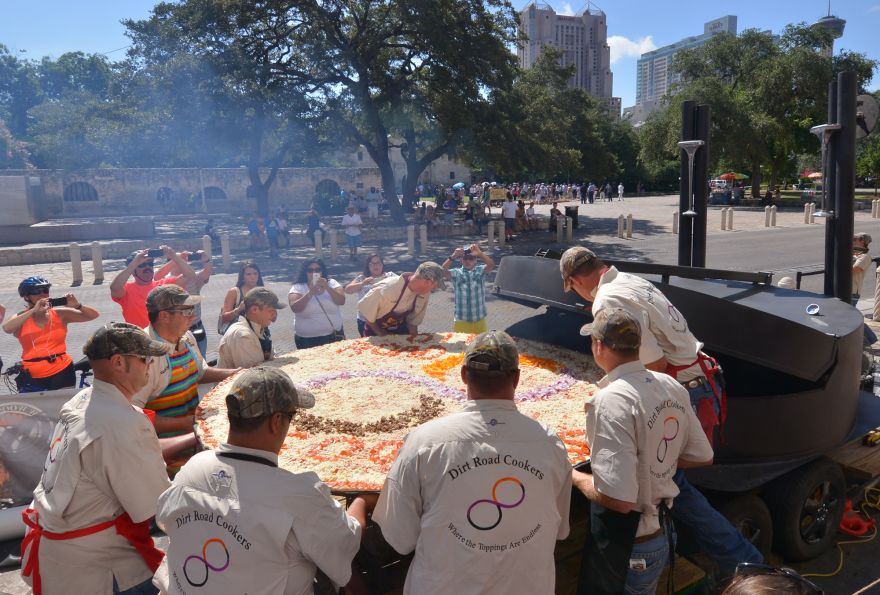 One has to look after the fire, two have to do the toppings, two have to take care of the water, and so on. In total, eight people are needed to finish the massive pizza. It requires careful planning, and every step has to be done properly. 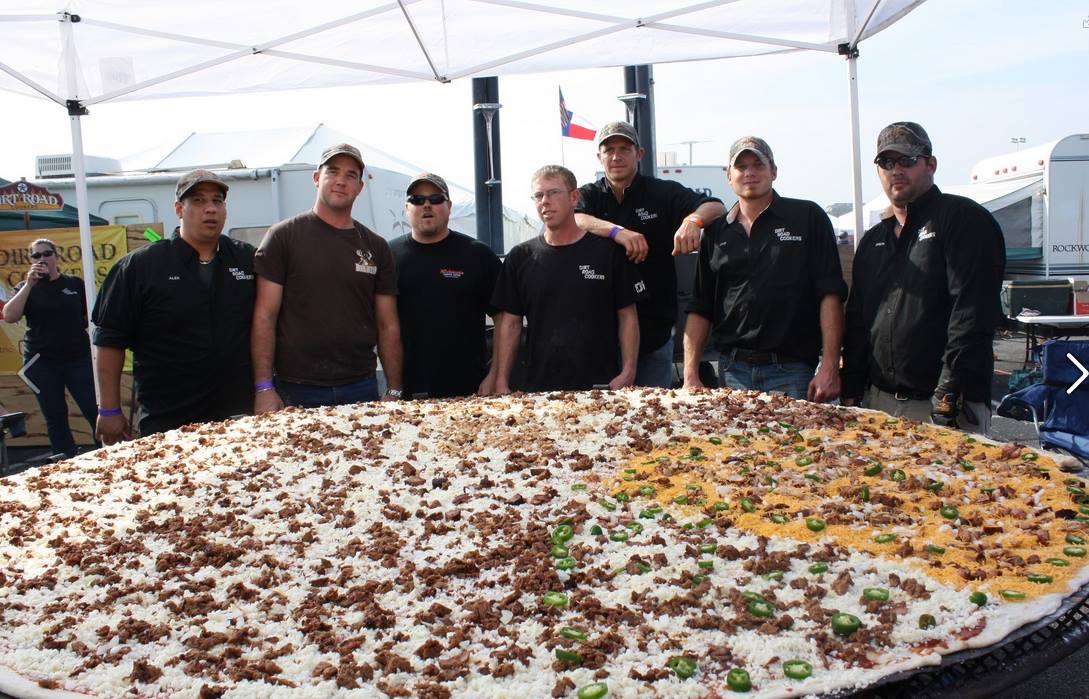 Oefinger said they did not intend to break a record and just unknowingly started making it. What they didn’t know, they just made something worth feasting on. It is big enough to feed your whole family and even your children’s friends’ family. It is just perfect for a good Sunday family bonding or for a party. You won’t need to carry boxes of 12-inch pizza to do a party. Just one call to the Dirt Road Cookers, and they’ll bring you one box of happiness.

For more pizza world records and other pizza stories, click on the links below:

Giant Sicilian Pizza Sets The Record As The World’s Largest

18 of the Most Outrageous Pizza Creations Ever Made