Adrenaline junkies, that’s what most people call people who participate in extreme sports. These people are not satisfied with the thrill that they get from playing “normal” sports such basketball, football or running a marathon. These brave souls pushed their bodies to the limits to do things that any normal people would feel dangerous.

Whether jumping off a bridge, a building or ride a giant wave these people put the “extreme” in sports. We list the most “EXTREME” sports on this list. Can you imagine doing one of these heart pounding activities?

Not satisfied with skydiving? These people certainly do. Wearing a wingsuit, these people jump off airplanes, helicopters, mountains or even buildings. The wingsuit allow the flyer to control his direction and slow down his decent before deploying a parachute at a certain height. But if you are crazy enough, you can try wingsuit flying without a parachute just like what British stuntman, Gary Connery did. Luckily for him, his crazy stunt did not incur him injuries when he landed on thousands of cardboard boxes.

If you think tightrope walking is too lame, then highlining is for you. Highlining is basically tightrope walking taken to the absolute extreme. This sports will require a participant to fix a 1 inch thick rope between two mountains and walk over the gap. If that still sounds too mainstream, you can try the no safety net or balancing bar. This act is quite dangerous because the high altitude means the highliners have to deal with sudden gusts of wind that can throw them off balance. Highliners have a last resort for safety. They attach themselves to the rope with a safety harness but a few crazy individuals insist highlining without harness. These solo free climbers take the mantra “Take your life into your own hand” to the T. Free climbers scale sheer cliff walls which can reach up to a thousand feet using only their own hands and feet. With no rope or safety harness to break their fall, these free climbers climb cliffs with just a bag of chalk to aid their grip on the cliff walls. Climbers must remain focus for hours or sometimes days because on mistake can lead to certain death. Alex Honnond, an American free climber, is one of the most well-known free climbers in the world. His feats includes scaling the world’s most dangerous cliff faces including the 2,500 feet northwest face of the Half Dome in America’s Yosemite National Park.

Most people would literally avoid standing on the edge of cliffs and skyscrapers, not these people. Base jumpers are a crazy bunch of people who little jump off cliffs and skyscrapers. Their sports is similar to sky jumping but base jumpers only jump off fixed objects. They jump head first, free-falling until reaching a certain altitude to release their parachute for control landing. Base jumping accidents and deaths is 43x higher than sky jumping.

Climbing on a dry rock is hard enough, but these people take climbing into another level. Ice climbing involves climbers using cramp-ons and ice picks to scale huge ice walls. Climbing an ice formation is very dangerous. The ice is very slippery and on slip can lead to a climber’s death. This sports need a lot of strength and focus aside from courage. 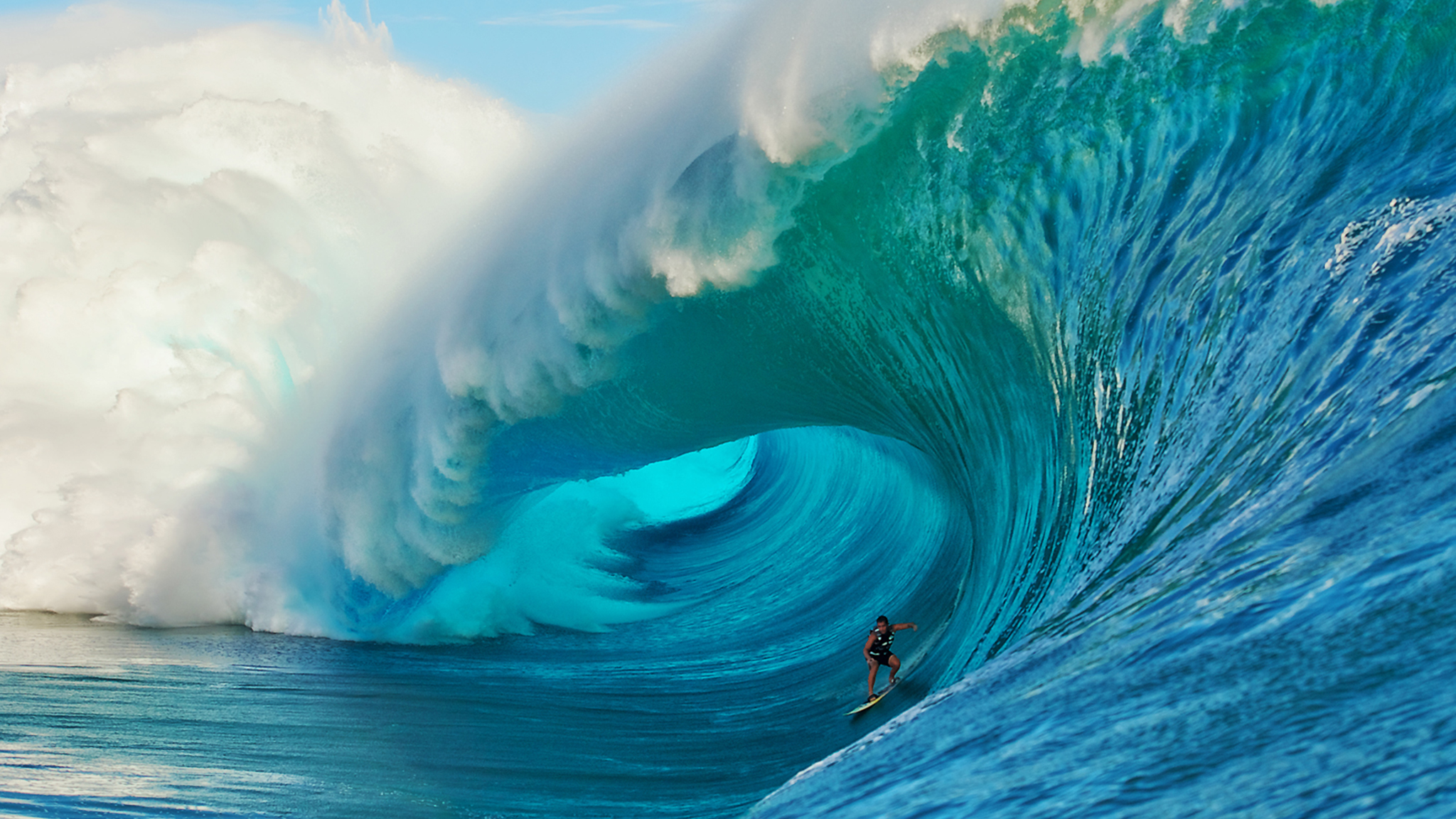 This is surfing on steroids! Big Wave surfing involves people to surf or ride waves measuring at least 40 feet in height. Big wave surfers must battle strong waves that can push them to 50 feet underwater. Once resurfacing, the surfers must quickly move to safety before the next big wave hits.

Yep. This sports exist! Invented in 2005 by Australian Darryn Webb, this sports involves participants to strap their feet to a thin plywood or metal board and skate themselves down the steep ash slopes of volcanoes. A boarder can reach a speed of 50 mph. A fall can result in serious injuries. This is surfing to the extreme! This hobby involves strapping a surfboard and using a powerful kite. The kite’s pull is very powerful that it can pull surfers up to 50 feet in the air. While in the air, surfers will quickly do tricks after another.

If you watch films and videos of this free running sports, you would think this sports is very graceful and easy to do. in reality, this sports entails high risks and hard work. Participants need to train to be able to run, jump over and under obstacles in their way. This urban sports is very dangerous, one slip or mistimed jump will lead to a fall on the concrete which can lead to severe injuries.

If motocross racing isn’t dangerous enough, freestyle motorcross would fit you. The sport require participants to make huge jumps on their bikes at the same time do some nifty tricks. The riders only have a few seconds to pull of tricks before gravity comes calling. Losing control of their bikes lead to broken bones or even deaths.

Just like its name suggests, snowkiting is very similar to kite boarding only that the water is replaced by snow and surfboards is replaced by skis or snowboards. This sport is arguably more extreme because the participants have to deal with gusts of winds from the mountain tops. There are also jagged rocks that they need to avoid while landing. 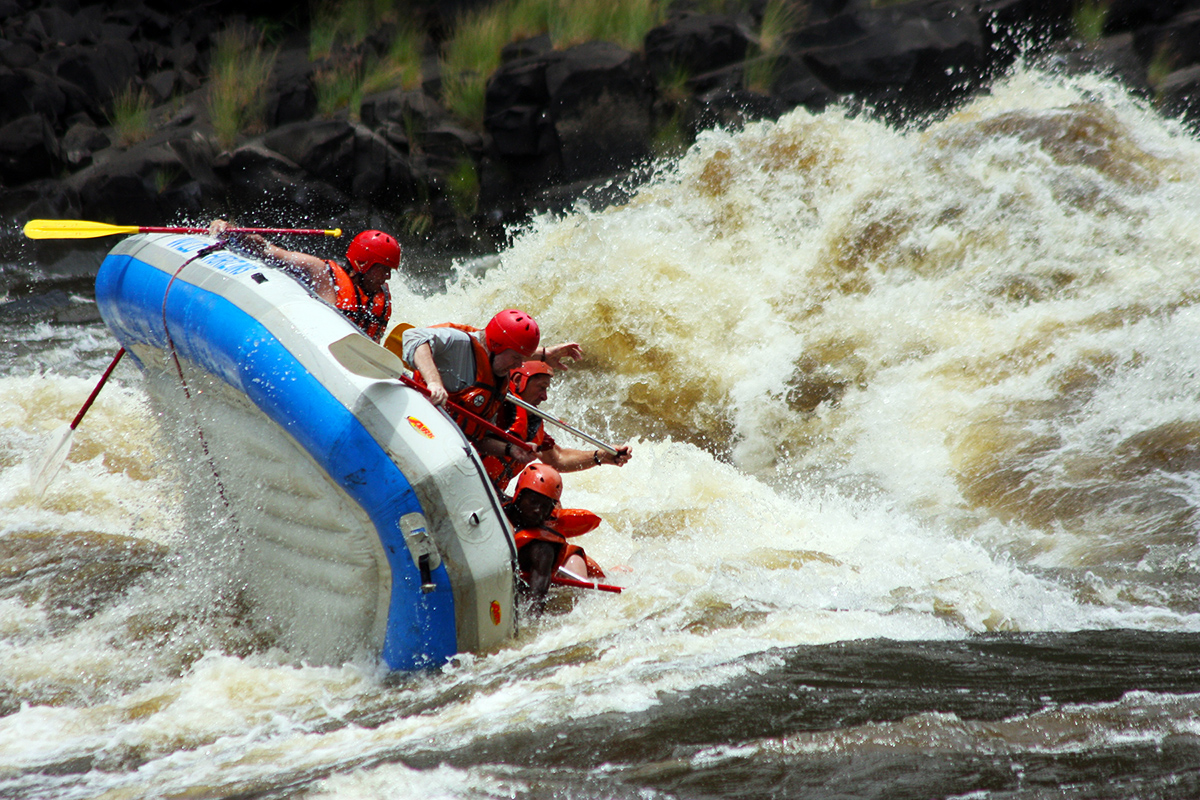 White water rafting is graded in 6 levels. 1 is the safest and 6 is the most dangerous. In Class 6, rafters try to navigate rapids while avoiding huge rocks and deal with drops and large waves. If the raft capsizes, the crew are often swept down the river while underwater or they may smashed against huge and sharp rocks. Only the most experienced rafters are allowed to participate in Grade 6 rafting.

This downhill event requires the competitors to drive down steep mountainside tracks using their mountain bikes. their aim is to reach the bottom as quickly as possible. They have to contend with the uneven terrain, sudden jums and drops, and muddy or sandy paths. Their focus must be optimum to be able to deal with these obstacles while going fast. A crash would not only lead to cuts and bruises but also broken bones. 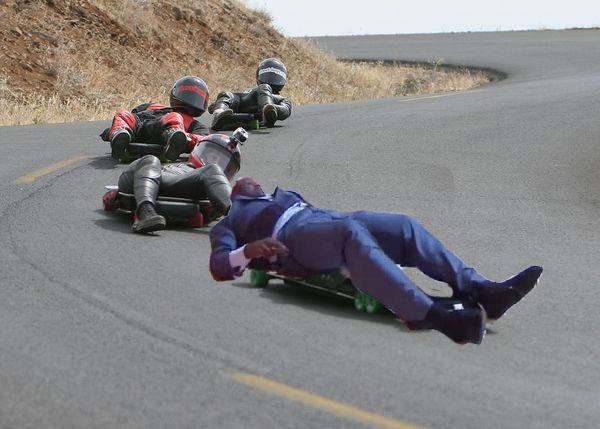 Street luge was first introduce in Southern California. It involves competitors lying down on a luge board, looks like a skate board, and roll down steep paved roads at incredible speed. They have to navigate sharp turns at high speed or risk crashing. The record for the fastest street luge is clocked in at 97.8 mph. This hobby may seem pleasant and relaxing but this activity is also very dangerous. Cave divers risk getting lost in the myriads of tunnels in underwater caves and failing to find their way out before their air runs out. Poor visibility and sudden increase in water pressure adds to the risks in this activity. 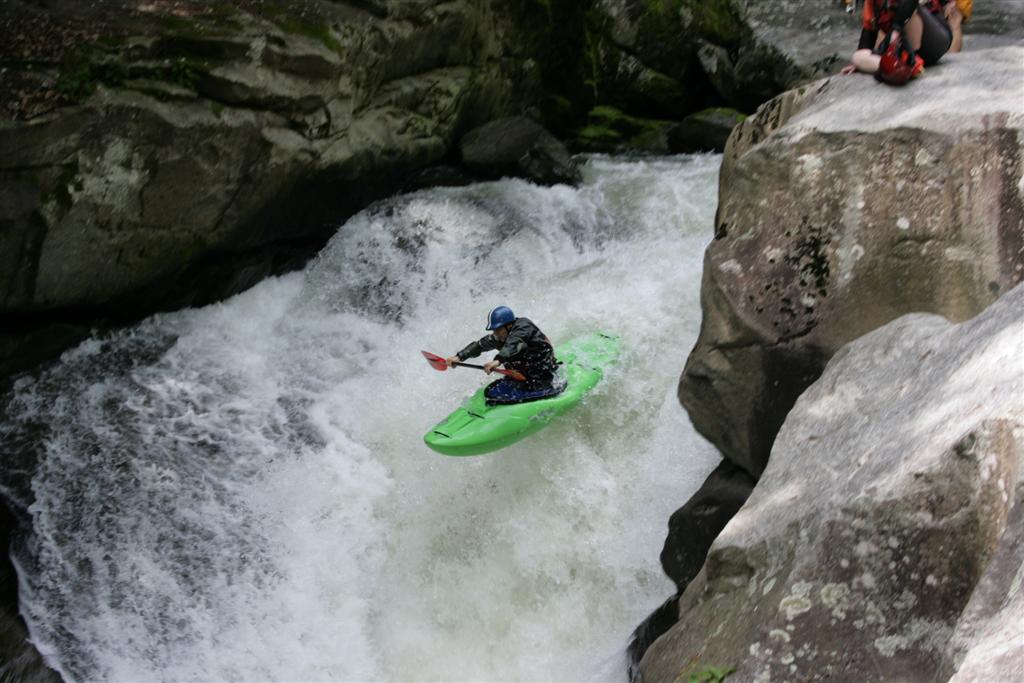 Creeking is the more extreme sports of canoeing or kayaking down river rapids. Participants have to deal with the raging rapids aside from waterfall jumps. They also have to avoid crashing into rocks on and under the surface or risked being dragged under water.

You may seen this during air shows. Wing walking involves people being strapped to the roof of a flying plane. Flying at over 200 mph, the Wing Walkers have to hold on to their dear lives as the plane do some tricks at an incredible speed throughout the show.

Running of the Bulls This may be a sport or this may be not but Running of the Bulls is very dangerous hobby. This “race” involves members of the public dressing in white and red to run around the streets of Pamplona while avoiding the horns of a dozen angry bulls. The bulls will chase the participants and will definitely injure them without hesitation. Every year, an average of 40-50 people get injured during the event. About 5 to 10 of these injuries are caused by goring from the bull’s horn.

To start this event, participants are dropped off by a helicopter on top of a mountain. The skiers will race down the steep snowy mountains. They have to avoid crashing into sharp jagged rocks and cliff edges. There is also a danger of avalanche, the skiers need to ski fast and avoid being caught with it. One mistake can lead to a fatal accident. Do you think diving off the top board at your local swimming pool is scary, this sports isn’t for you. Cliff divers throw themselves of cliffs into the waters below. The popular sports have a World Series sponsored by Red Bull. Cliff divers are required to jump of platforms as high as 28 meters above the sea. They have to do tricks and make a perfect entry into the water to get high scores. A mistimed dive can lead to smashing into the sharp rocks below.