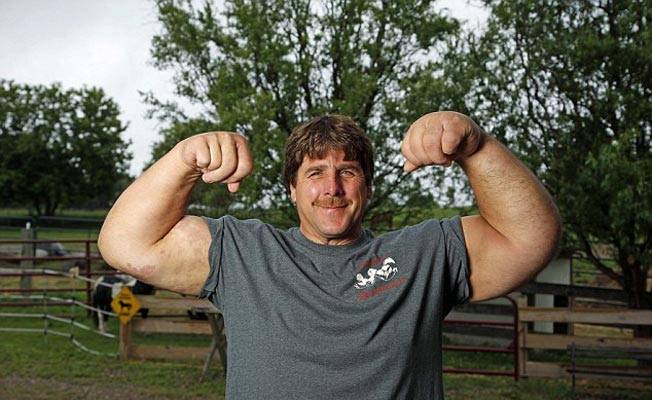 A man earned himself the nickname real life popeye because of having extremely huge forearms. Jeff Dabe is an arm wrestler who travels America to compete in the hope that he would become a world champion. Dabe’s forearms measure 19 inches (49 cm) in circumference, and he has hands that are huge enough to fit a basketball in each one.

Doctors have conducted a series of test to discover what makes Jeff’s arms enormous. The photograph above shows how he was born with oversize limbs.

When Jeff was a kid, he chopped off wood, carried farm chores, and worked with heavy equipment to build up his strength.

At first, Jeff did not plan to join arm wrestling; but later on, he decided to compete and make use of his strength. Jeff is hoping to become the champion in the World Armwrestling League and is now starting his training. The University of Minnesota had a conclusion that there were no signs of disease or abnormalities in Jeff’s hands. His wife said that he was born this way, and it has nothing to do with gigantism nor elephantiasis. Jeff has been participating in arm wrestling tournaments since the 1980s. His hands were just an advantage. Jeff and his wife, Gina, travel across the country to compete in tournaments like the one in Las Vegas. His wife is fully supporting him in his dream to become an arm wrestling champion. Gina said, “I always encourage Jeff no matter what he does, and it’s so fun. Everyone thinks Jeff is really funny, and we do lots of goofy things together. This is just the next phase. I love the tournaments, and he gets me on airplanes to nice hotels and beautiful places. We are so proud of him.” 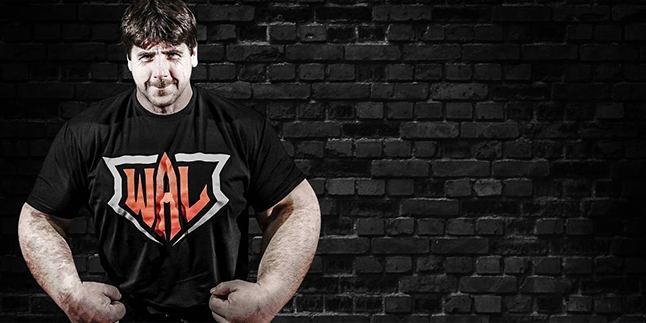 People sometimes freak out whenever they see his hands, but none of it bothers Jeff anymore because he’s used to it. Jeff began to compete seriously when arm wrestling champ Josh Handelland came to their town in 2012. He’s using his left arm this time to be invited to compete in the World Armwrestling League (WAL) circuit.

Jeff said, “Thanks to the World Armwrestling League I am now competing with people from all over America. It’s so fun to travel to places we wouldn’t normally go. I was always good at arm wrestling, but the size of my hands did shock people at first—I had the strength to back it up. People freak out when they see my hands in real life.” Real-life Popeye talks about his life having huge arms and hands. Watch him and learn more about his story with the video below.