For adults who haven’t quite let go of their inner child, these cars have fully adjustable pedals so anyone between the ages of 8 to 80 can drive them. The UK Pocket Classic Cars can even accommodate a six foot tall driver.

These cars have an average speed of 45 mph, and they can be adjusted to go even slower so it’s safer for children to use. It can reach top speeds of 80 mph, which is incredible considering their size. The options for mini cars are plentiful just like with a full-scale car. You can customize the speedometer, leather interiors, twin exhausts, fitted car covers, and all other details.

For a UK Pocket Classic car, the lead time from order to delivery is between 12 to 16 weeks, if there is no backlog. The price already includes a one-year warranty for the parts. For Group Harrington mini cars, you can have a front or mid engine depending on the model.

Mini cars are the ultimate dream gift for a child or adult who loves cars. The prices in this article are just the base price that a mini vehicle would start at. The price goes up depending on the customization. A European car collector commissioned this in 2009. It is made on a two-third scale. The wealthy car collector had this built for his children, so for the price of a full-scare Mercedes-Benz, you have a mini car. This mini car has a top speed of 150 mph. This mini car is for big kids only. It looks like a small Batmobile, so even if you don’t have the Bruce Wayne billions, you can fulfill your childhood dreams. With its compact size, you could easily maneuver through traffic, so it would make the perfect getaway car for a bank robbery. The Aston Martin DB Junior is a mini version of the DB4 built in 1956. The DB4 Coupe sells for $374,935, if you are lucky enough to find an original. The Aston Martin is the iconic car featured in the 1964 film Goldfinger.

The Aston Martin DB Junior is gas powered, with a 110 cc four-stroke engine, Brembo disc brakes, and a three-speed semi-automatic gearbox. This is a sophisticated mini car. Your child will look awesome in this classic sports car. Introduced in 1957, the California Spyder LWB is a classic Ferrari model. The open top made this one hot seller in North America. Only 50 models were made before the SWB came out. The classic model was sold at auction for $4.9 million dollars in 2007.

As a car enthusiast, you can have your own Ferrari for a fraction of the price. Just purchase a mini version. If you gift this to your child, he may be inspired to become a multi-millionaire. The Morgan Motor Company built this mini Roadster. The mini Roadster can be ordered with an electronic speed of 6 mph, making it safe for children, but its true top speed in 80 mph. This is modeled after the Shelby Cobra. This British-inspired American roadster has been in production since 1962. The full-size Shelby costs between $882,440 to $1,094,300, but the miniature can be purchased for a fraction of that cost.

The replica has a top speed of 80 mph, but it can be electronically limited to 45 mph. This mini car will get lots of attention in the playground. You can consider this a starter Mercedes-Benz for your child. The three-cyclinder gas engine can reach speeds of 30 mph. It’s designed and manufactured by the Harrington Group. The SL series was debuted in 1963, the second model was the 250 SL with a larger engine, and the third version was the 280 SL which was considered a sporty and luxurious car at the time. The full-size retails for about $52,067 dollars.

Here are some honorable mentions: 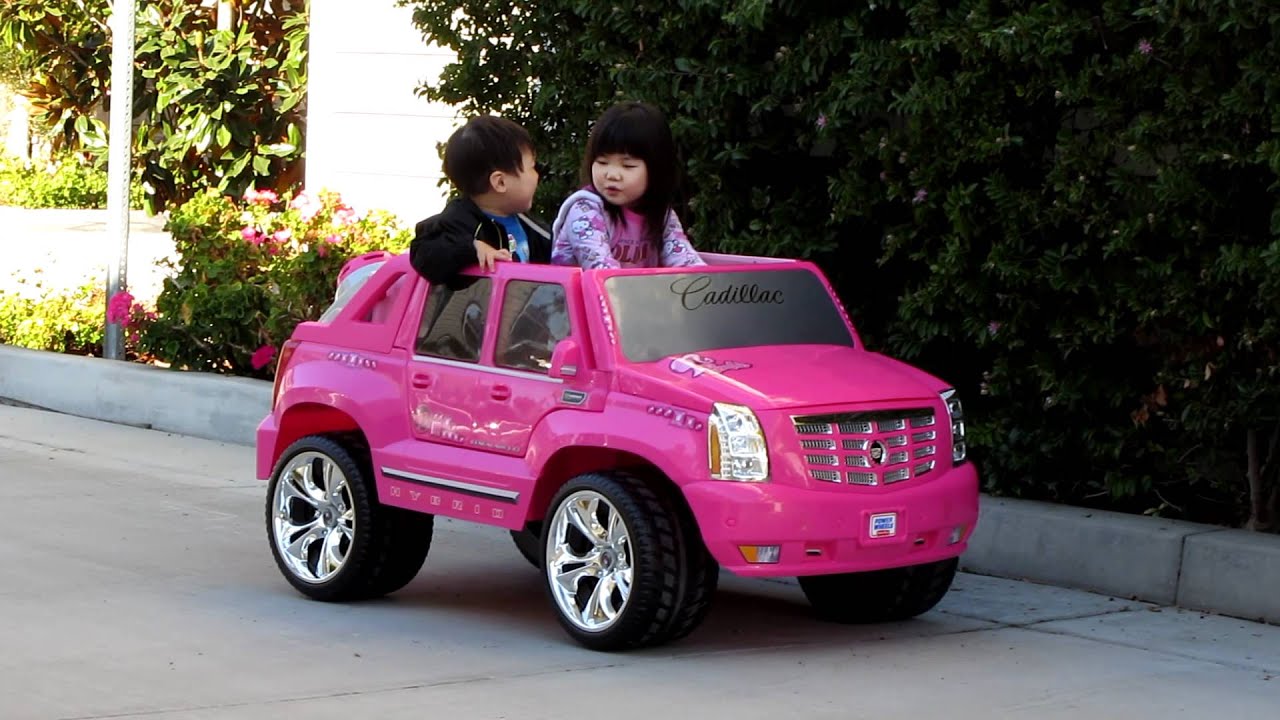 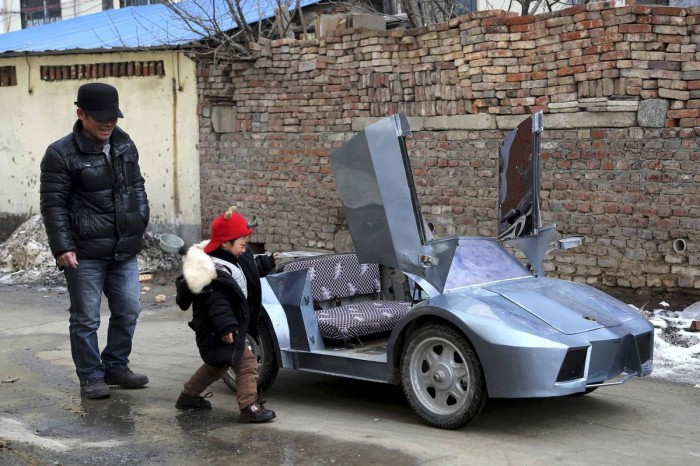 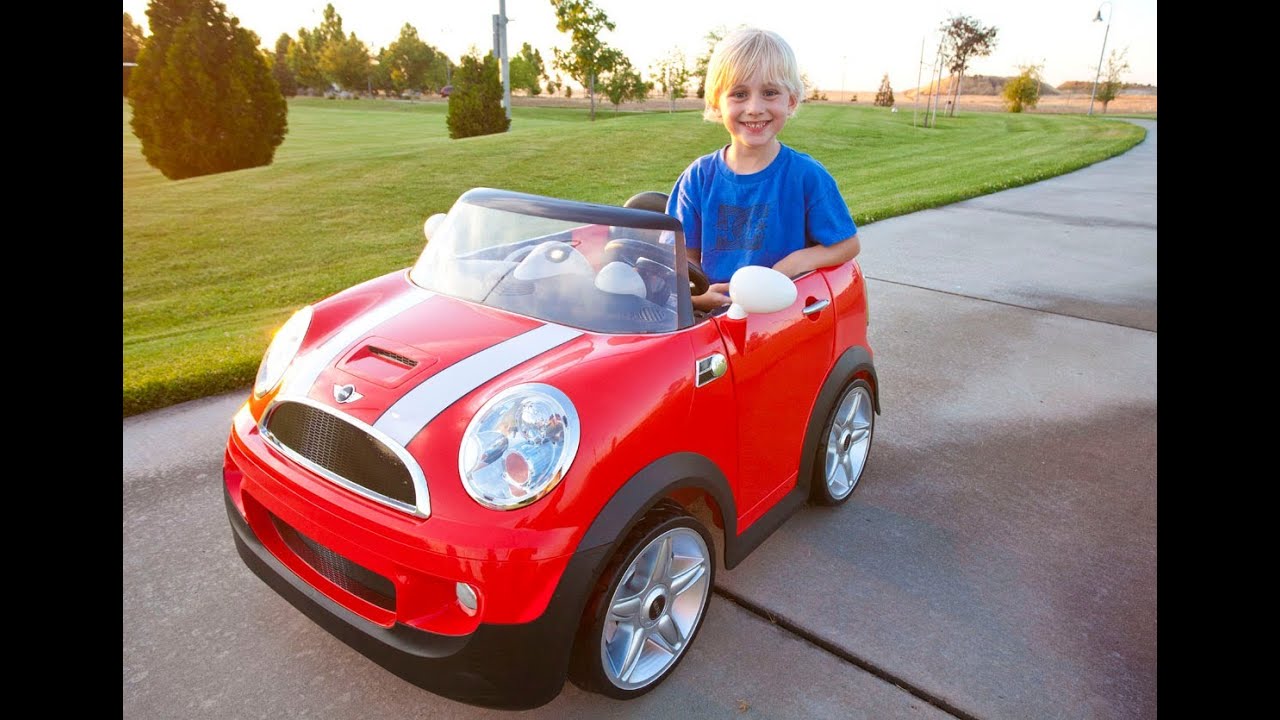 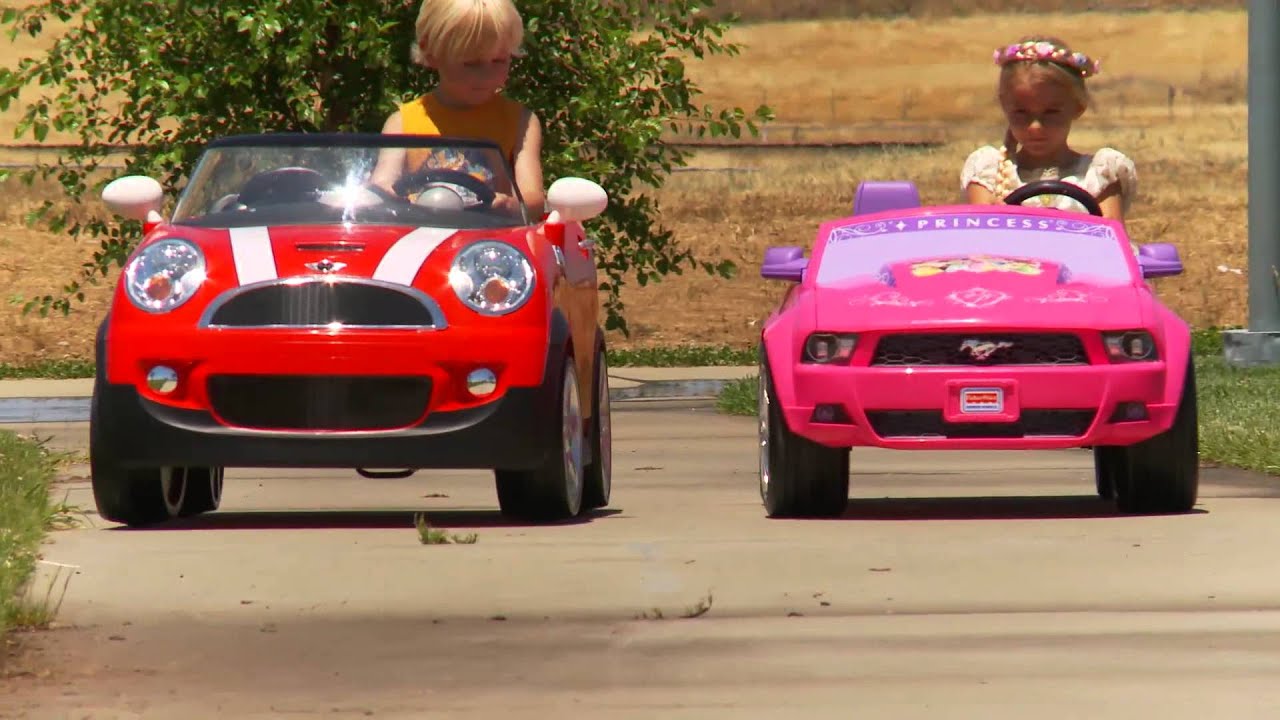 See these things in action:

These Indian Billionaires Flaunt Their Luxury Cars …Prepare to be Jealous

All Smart Cars are NOT Created Equal …This

The World’s Craziest Ever Concept Cars in Photos