Blue holes are underwater sinkholes formed due to the erosion of carbonate rocks. These can be easily recognized because they appear like dark blue circles in some parts of land or water. Normally, these are located in low-lying coastal regions, which were once found above sea level.

Through intense karts activities, or the process of dissolution of soluble rocks like dolomite, gypsum, and limestone by streams and rain water, these deep vertical caves are created. When the sea level started to rise after the glaciers melted, these holes became submerged. Because of their depth, they appear dark blue in color, creating a dramatic contrast with the light blue shallow waters around them, which forms a natural outline that makes them identifiable from the surface.

Out of the many blue holes in the world, we present you five of the most impressive. Check these out: 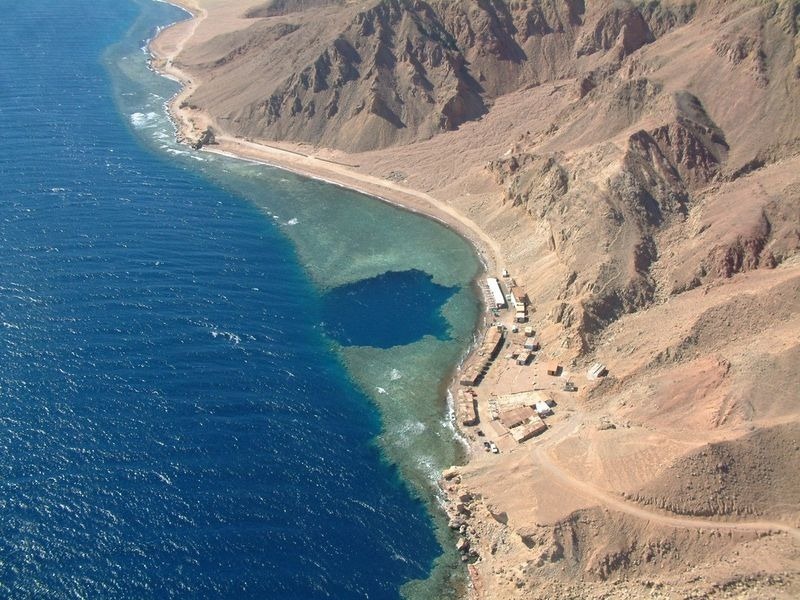 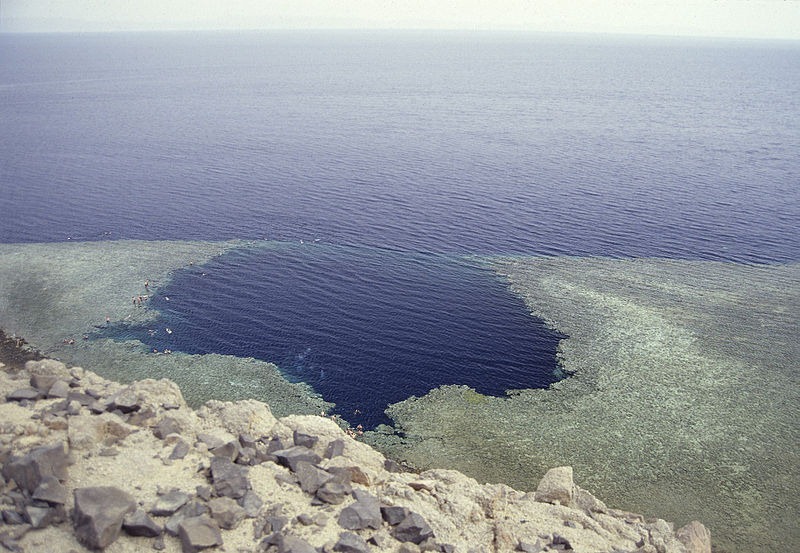 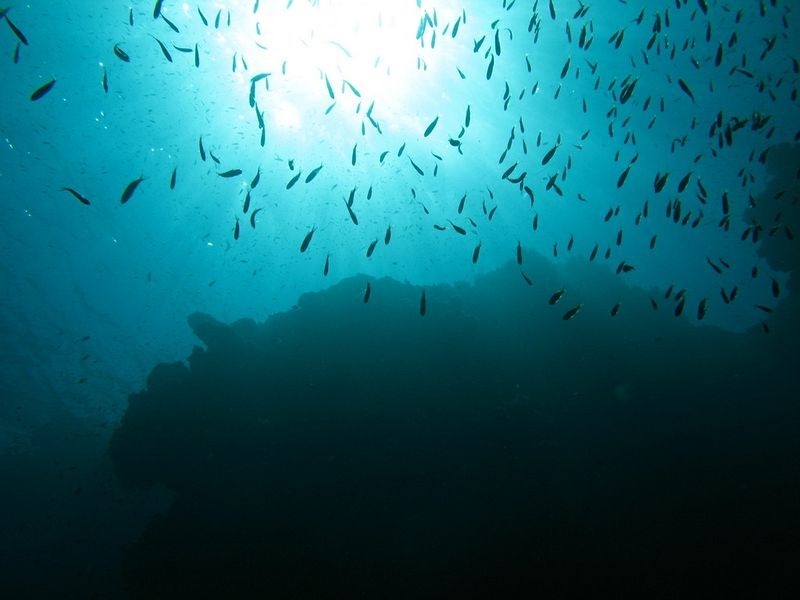 Located on the coast of the Red Sea, several kilometers north of Dahab, Egypt, the Blue Hole of Dahab is the second deepest among all. With a depth of 130 meters, it has already claimed the lives of many divers, who tried to explore the tunnel through the reef called “The Arch”, which connects the hole to the open water. 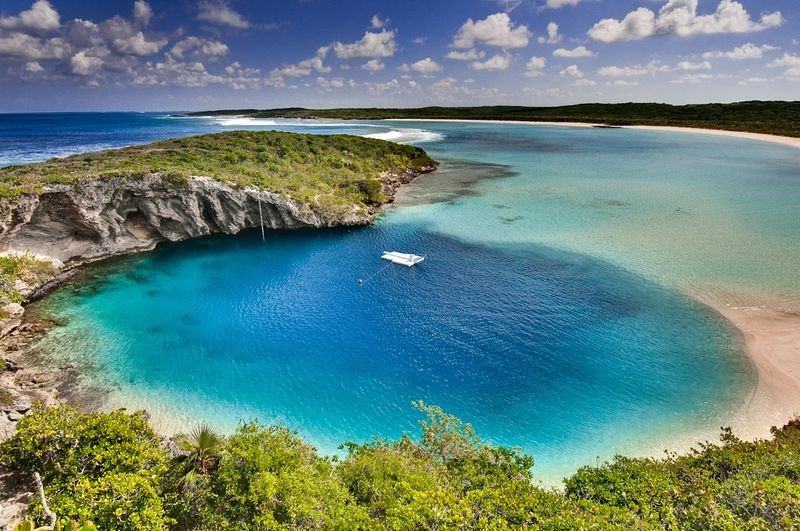 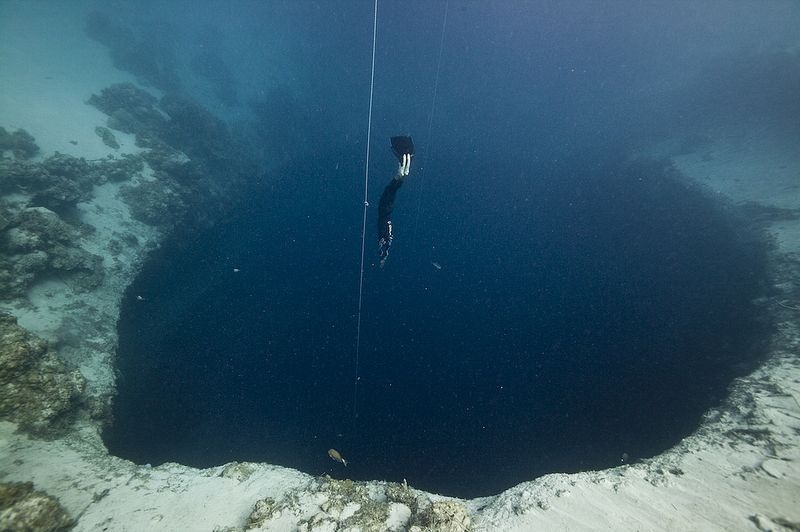 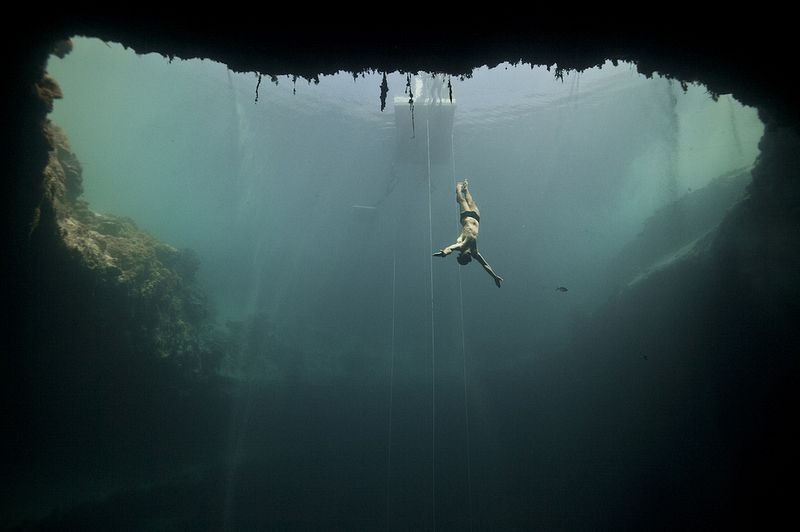 Dean’s Blue Hole is the deepest known blue hole of the world. It is located near Clarence Town of Long Island, Bahamas. While many sinkholes and blue holes only reach the maximum depth of 110 meters, this one goes deeper than 200 meters, which is really out-of-this-world. Although it looks circular at the surface with a diameter of 25 to 35 meters, as you descend 20 meters, you will see that the hole widens into a cave with a diameter of 100 meters.

The Blue Hole of Gozo 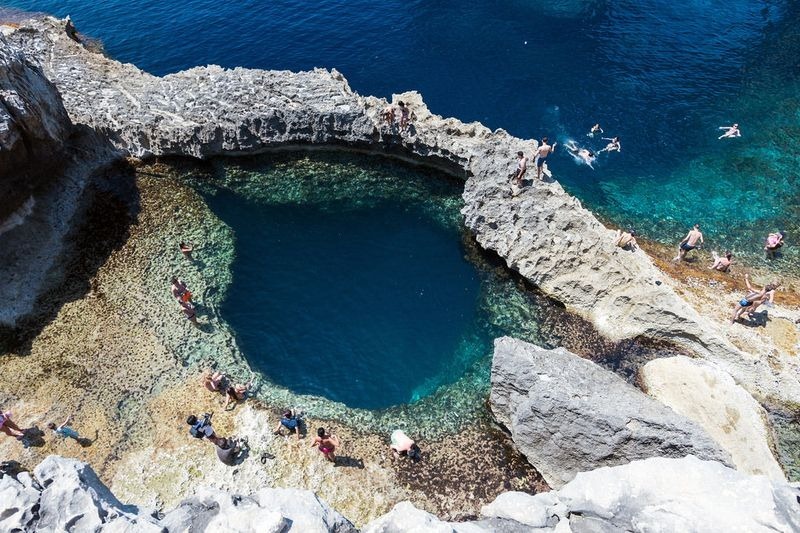 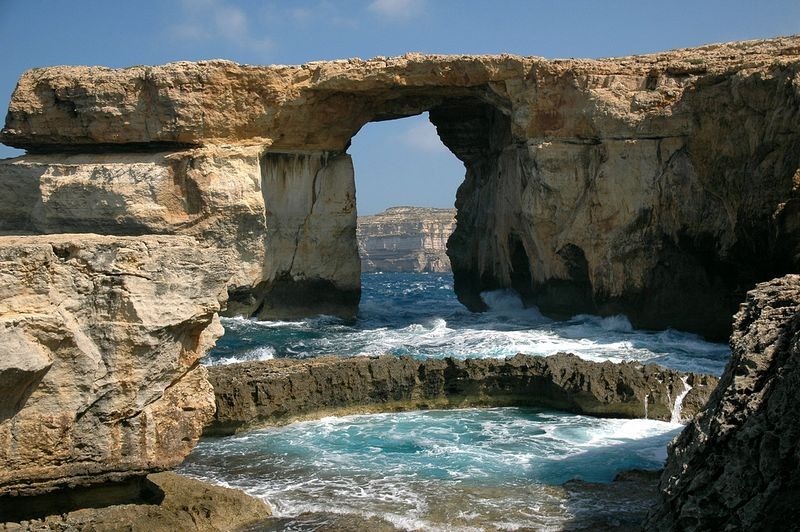 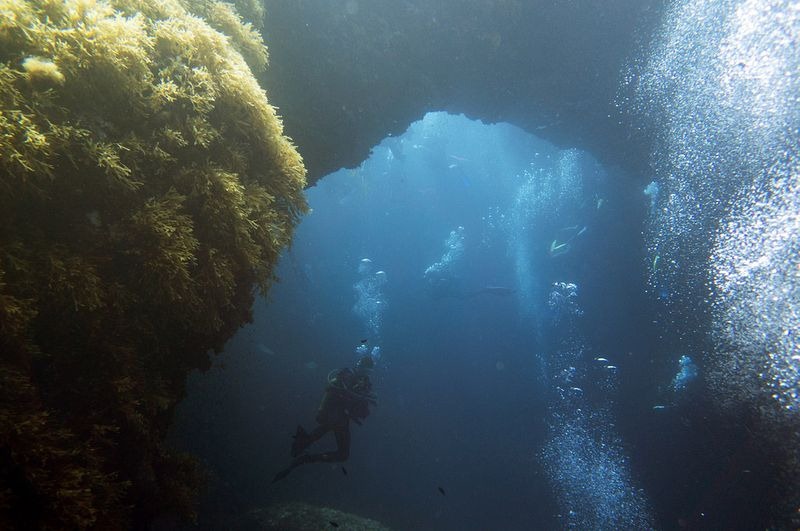 Situated on the west coast of the island of Gozo in the Mediterranean Sea, this blue hole is only 10 meters wide and 15 meters deep. It is located in the bedrock of a cliff. The Blue Hole of Gozo is connected to the open sea by a tunnel.

The Great Blue Hole of Belize 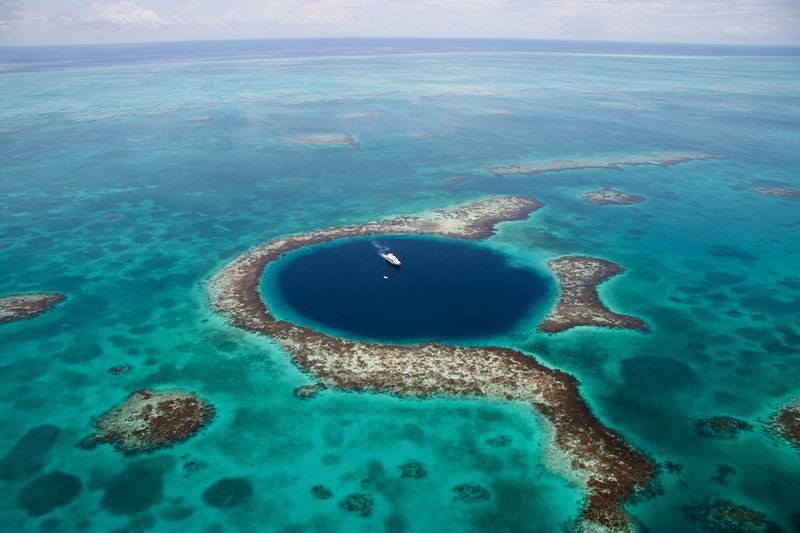 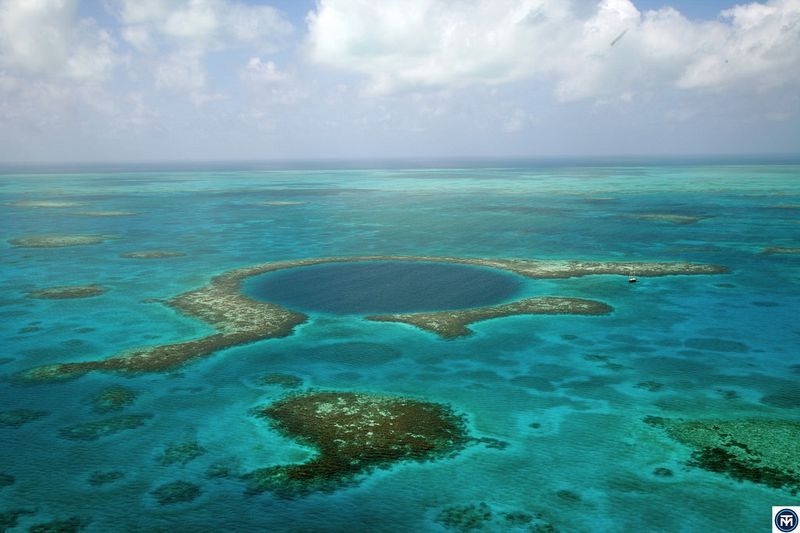 The Great Blue Hole of Belize is the most popular blue hole in the world, found off the coast of Belize. It is situated in the middle of Lighthouse Reef, a small isle 70 km away from the mainland and Belize City. It is said to have a diameter of 300 meters and a depth of 124 meters, and was formed after a few episodes of quaternary glaciation between 150,000 to 15,00o to 150,000 years ago. It has since been a famous spot among recreational scuba divers. 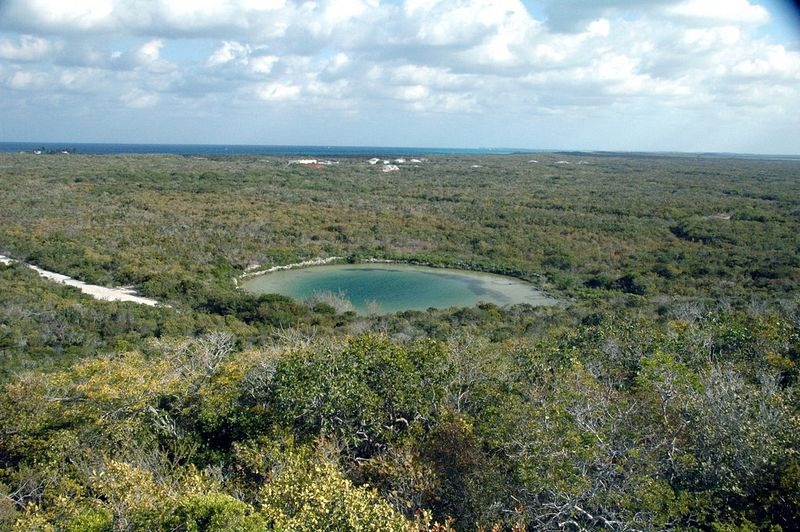 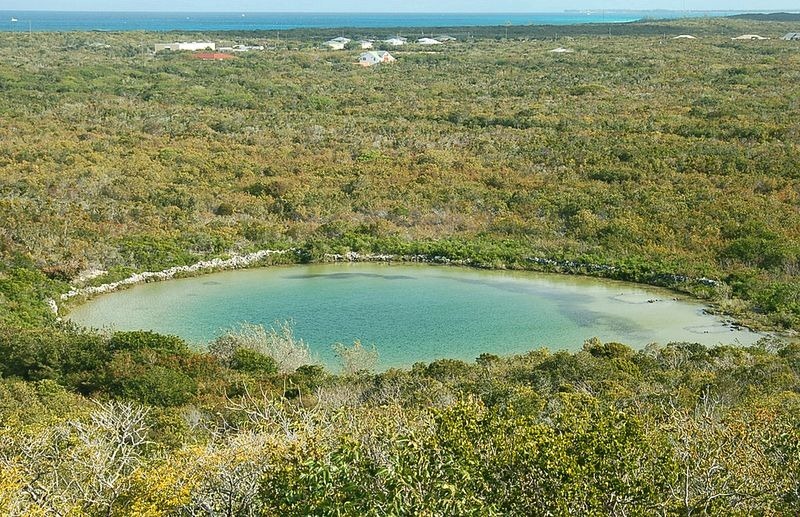 Watling’s Blue Hole is one rare blue hole located in the middle of Bahamian island of San Salvado. Even if it is found in a rainy tropical island, this blue hole has no fresh water, which means it could be connected to the ocean through an underground tunnel.

Here are other nature-related articles that might interest you:

These 29 Extraordinary Pictures of Nature Will Blow Your Mind

15 Photos of Surreal Places on Earth Formed by Nature