Did you think that it was impossible to make many unique sounds solely out of your voice? If you did, then Tom Thum is here to prove you wrong. He is a renowned beatboxer, an artist who makes different kinds of sounds using only their voice. Yes, just their voice. 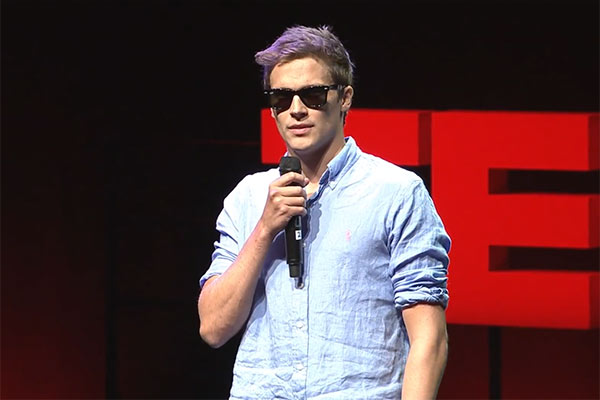 Tom Thum pushes the limits of the human voice to make amazing soundtracks of phenomenal sounds and impossible beats. Among his vocal repertoire are the Michael Jackson back-catalogue, an entire fifties jazz band, the didgeridoo, and scratched vinyl. What’s even more amazing is that he does all of this with only a microphone.

Tom Thum has experienced and achieved more than most artists could hope to achieve in a lifetime, and he’s only in his mid-twenties.

From triumphing the team battles (with Joel Turner by his side) in the World Beatbox Championships in 2005 to achieving every artist’s dream and performing on Broadway in New York with the Tom Tom Crew, Tom has truly paid his dues and has seen his fair share of accolades. Tom began his journey as a B-boy and a graffiti writer in the small but accommodating Brisbane hip-hop scene. He slowly gained recognition through his natural knack for performing and weaseling his way on stage and his ability to produce inhuman sounds.

According to Time Out, NY, “The mic master seems to have an orchestra living in his throat: trumpet blasts, guitar strums, and samples from classic songs including Michael Jackson’s ‘Billie Jean’ effortlessly spout from his mouth.”

The Daily Telegraph (UK) also gave their thoughts and said, “There are not enough superlatives to describe the wonder of this beatboxing virtuoso. I am still trying to figure out how he got those sounds out of his mouth.”

Despite his affinity of being on stage and performing, Tom is no stranger to community and has been aiding the scene to improve through conducting numerous workshops in a lot of areas where access to such skill and knowledge would’ve been extremely difficult.

Tom has journeyed from the very peak of Australia, coaching in the indigenous communities of Mornington and Thursday Islands, all the way to the very bottom with a number of workshops in Adelaide and Tasmania.

Watch Tom Thum in TedX Sidney on his performance called Beatbox Brilliance below.

Did you like what you’ve read? Why don’t you try this one as well: